Aecon CEO vows no job losses in $1.45B takeover by Chinese firm 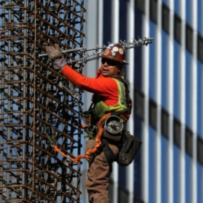 Aecon Group (ARE.TO 0.86%) has agreed to be taken out by China’s CCCC International Holding (CCCI) in a $1.45-billion all-cash deal, a takeover that won’t result in any job cuts, according to the Toronto-based company’s chief executive officer.

“We won’t have a single job loss,” Aecon President and CEO John Beck told BNN in an interview Thursday. “There will be job growth at Aecon.”

Under the terms of the deal, which puts one of Canada’s biggest engineering giants in foreign hands, Aecon shareholders will receive $20.37 per share — a 23-per-cent premium to Wednesday’s closing price.

Beck noted Aecon had conversations with Canadian companies, without naming that, but said CCCI put forth the best offer.

However, former Industry Minister Tony Clement told BNN on Thursday that the Liberal government should not rubber-stamp the sale.

Earlier on Thursday, Aecon touted the benefits of scale it gains by being swallowed up by its China-based buyer.

“This transaction creates significant and immediate value for Aecon shareholders, strengthens our competitive position in Canada and abroad with enhanced capabilities and financial resources, and provides expanded opportunities for our people,” Beck said in a press release.

“It’s just positive all the way around for Canada,” Beck told BNN. He added the deal would allow Aecon to do more business internationally.

Speaking with reporters at an event in Burlington, Ont., Prime Minister Justin Trudeau said Ottawa will be looking at the sale closely.

“Obviously this is an extremely important issue. Canada as a general rule is open to investment,” he said. “[The Aecon sale] will be examined very carefully by the Investment Canada Act to ensure that safety and security is not being compromised and ensure that it is in the net benefit of Canadians.”

The proposed acquisition will fall under regulatory scrutiny because its enterprise value exceeds the Investment Canada Act’s review threshold of $1 billion.

“Even though we have seen a hiatus from Chinese entities buying commodity assets in Canada, we do not envision any hurdles to the deal completion,” wrote National Bank Analyst Maxim Sytchev in a report to clients.

“This is an excellent outcome for Aecon shareholders because we don’t believe there is another entity now willing to pay this type of price,” he added.

CCCI, the overseas investment division of China Communications Construction Company Limited, said Aecon will continue to be headquartered in Canada, and it will not be rebranded.