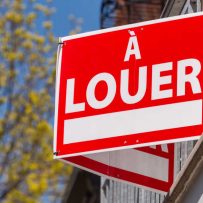 A new study conducted by the Quebec Landlords Corporation (CORPIQ) reveals that Montreal’s apartment rental vacancy rate “exploded” during the pandemic. According to the CORPIQ, a high vacancy rate ought to be good news for renters looking for a new place to live.

Landlords, however, might experience some difficulties re-renting their apartments during the pandemic, the Corporation says.

“The pandemic and the economic crisis it is causing are particularly affecting the rental of housing in Montreal,” said Hans Brouillette, CORPIQ’s director of public affairs.

The Corporation noted that a rising vacancy rate also affects rent prices in Montreal, stating that “the average annual growth in rents in Quebec was 1.9% in 2019, but it fell back to as little as 1.2% in 2020.”

Recentreports from Rentals.ca, meanwhile, have shown that average rental prices in Montreal have continued to increase this year — in contrast to other Canadian cities.

This isn’t the case in all areas of Montreal, though.

A December report from Rentals.ca showed that some neighbourhoods in the East End and Saint-Laurent, for example, have seen year-over-year rent increases as high as 29% and 38%, respectively.

Meanwhile, parts of Ville-Marie and Westmount have seen as much as a 25% and 38% decrease.

CORPIQ claimed that the rental stock overall is deteriorating due “to underinvestment caused by an overly restrictive rent setting method.”