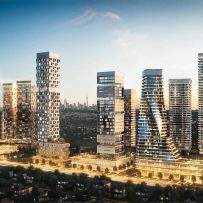 Edward Rogers, deputy chairman of telecom giant Rogers Communications, and project partners laid out specifics this morning for a plan to build M City, a 10-tower condo community on a 15-acre lot in downtown Mississauga that his family has owned since 1961.

“Our history with Mississauga goes back many, many decades,” Rogers said during a news conference at the site off Burnhamthorpe Road West between Confederation Parkway and Grand Park Drive.

Rogers, who has launched the development on behalf of his family and their private holding company Rogers Real Estate Development Limited, confirmed developer Urban Capital’s involvement with the project as partners, which BuzzBuzzNews first broke news of last Thursday.

As well as confirming a partnership with Urban Capital, the second-generation telecom magnate also revealed many previously unreleased details, including a projection that the multi-phase development will cost $1.5 billion to complete.

Mark Reeve, co-founder of Urban Capital, said the 10 towers will feature 4.3 million square feet of development, including about 6,000 units that could house approximately 15,000 residents once complete. 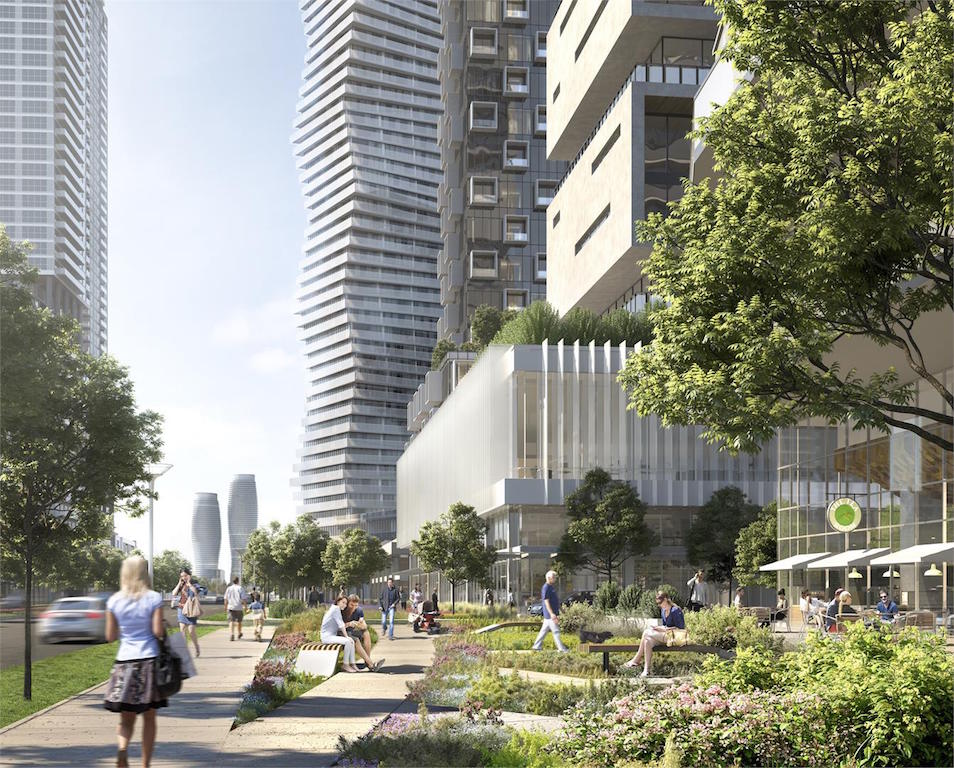 “There will be retail space at grade, a vibrant streetscape, a significant public realm and introduction of park space into the city core,” he said of the mixed-use development.

In fact, Rogers said M City will boast two acres of parklands and green space. “It’s part of a greater park strategy for the city,” he explains. “We’re thrilled that we could make that part of the plan,” Rogers adds.

Urban Capital announced the first phase will be a 51-storey condo tower, also branded as M City, on the southwest corner of Burnhamthorpe and Confederation. The building will contain 660 units ranging from one- to three-bedroom suites. Sales are expected to launch early next year.

The design for M City’s tower is the work of Toronto-based firm CORE Architects. They won a closed competition among three of city’s “top firms,” according to Reeves, praising its “undulating design,” which features seven rotated sections.

“The other buildings are effectively placeholders for the time being; we haven’t done detailed design for them yet,” he added, referring to an early rendering on display.

“What’s ingenious about the design is not only that you have an iconic silhouette in the skyline, but by rotating seven different rectangular floor plates, we end up with fantastic floorplans and very livable spaces,” he explains.

Rogers Real Estate submitted a master concept plan for the site in April 2012, which a City planner in charge of the file said last week was “approved in principle” this past April.

But the project dates back further than that. Rogers said he had been taking with his late father, Ted, the founder of what today has grown into telecom giant Rogers Communication, and others about developing this property since the late ‘90s.

“If Ted was watching down on us he would be thrilled that we’re about to embark, but would be saying, ‘Edward, what took so long,’” he says.