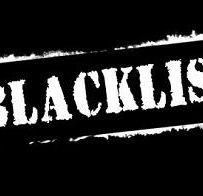 A property management company that maintained a “bad tenant” list for a landlord association has agreed to scrap it after the office of federal Privacy Commissioner Daniel Therrien concluded the personal information it contained was improperly collected.

Therrien’s office investigated after receiving a complaint in February 2014 from a single parent with a disabled child. The unidentified woman had applied to the company for new rental accommodation that was fully accessible to her child, but was turned down.

She was told by the company that her inclusion on the bad tenant list — for allegedly having skipped payments and for owing money for damages — was one of the reasons it was denying her housing services.

The management company, which wasn’t named, told privacy commissioner investigators that members of the unidentified landlords association added the names of “bad tenants” to the list.

The personal information on the list included the tenant’s name, the alleged incident for which the individual’s name was added to the list and the rental accommodation where the problem occurred. The company said the information was used to help landlords “avoid credit default” by potential tenants and determine “valid renters.”

The complainant said she never consented to her personal information being collected for that purpose and wasn’t allowed to see the information about her or find out which landlord had added her name to the list.

The property management company pointed to a clause in its rental agreement authorizing the landlord to obtain credit reports “or other information as may be deemed necessary.”

But in a recently posted decision, the privacy commissioner’s office says it did not see how those words “would lead individuals to understand they were consenting to their personal information being collected, used and disclosed for the purposes of a ‘bad tenant’ list.”

“For consent to be meaningful, individuals must be provided with a reasonably understandable explanation of why their personal information is being collected and how it is going to be used,” the decision says.

Therrien’s office also found the company “was not assessing the accuracy or credibility” of any of the personal information on the bad tenant list. Moreover, there was no way for tenants or applicants to find out if the list contained any information about them.

A simple misspelled name could result in an individual being wrongfully associated with a past incident with a landlord, and consequently unfairly treated by prospective landlords who used the bad tenant list, the decision observes.

In the case of the single parent complainant, she could not recall incurring the debt ascribed to her. Nor was she given the name of the landlord who included her on the list, meaning there was no way for her to challenge the information.

Though the company formally disputed the commissioner’s findings, it agreed to destroy the bad tenant list and cease collecting any information relating to it. The company said the list had not been used by it or any member associations since July 2014 and that no landlords had shared any personal information with other landlords since that date.