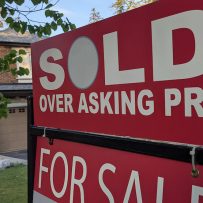 The federal election is just a few weeks away, and a majority of young Canadian voters have one issue on their minds: a plan to address the housing affordability crisis.

According to new survey from Royal LePage, a whopping 57% of those aged 18-34 reported that a candidate’s position on tackling the current housing affordability crisis would influence their vote in the upcoming federal election. Just 28% of the age group said it would have no effect.

Agreement was highest overall in British Columbia with 48% of all 18+ voters agreeing, followed by Ontario and Alberta with 46% each. British Columbia and Ontario in particular have seen rapidly rising real estate prices over the past year, largely due to limited supply fueling stiff competition.

“The 2021 federal election has seen housing policy become a headline priority and key leadership promise in all major party platforms,” said Phil Soper, president and CEO, Royal LePage. “While tax and grant programs can benefit new buyers in small ways, only by addressing the supply shortage will we get at the root cause of this crisis. Housing affordability impacts everyone, and it’s clear that Canadians are ready to make their voices heard.”

Not too surprisingly, 88% of 18-34-year-olds also agreed that with home prices rising, they’re concerned that an increasing number of Canadians will never be homeowners. That number didn’t change to drastically for the overall population surveyed, with 84% of the total 18+ population agreeing.

“Access to housing is a fundamental human right, for without adequate shelter, a family lacks the foundation upon which they can live and work safely and with dignity,” Soper said.

“In this election, Canadians are demanding ideas, answers and a commitment to address the nation’s housing supply and affordability crisis. The growing housing deficiency in this country is one of the great threats to our prosperity as a people.”