The good, the bad and the ugly of Canadian household debt: Should we be worried? 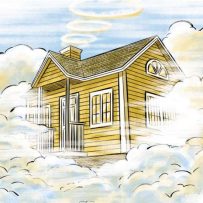 Borrowing from Aesop’s fable of the ant and the grasshopper, I see Canada as a country dominated by ants (i.e. prudent, hard-working savers). Yet one would never know it judging from how certain high-profile statistics are bandied about.

For instance, we are constantly reminded that the household savings rate is declining. It took Malcolm Hamilton to point out (in his recent paper for the C.D. Howe) that we are in fact saving considerably more now for retirement than we were 25 years ago. The household savings rate is a sadly misunderstood metric that is all but irrelevant when gauging our true saving habits.

Another statistic that is frequently misused is the level of household debt. Rising personal debt is usually regarded with great consternation and yet the numbers published by Statistics Canada paint a good news story when viewed in the right light. It is true that the median debt of indebted families increased from $37,000 to $60,000 (in constant dollars) between 1999 and 2012. On the other hand, the median assets of families with debt rose by $180,000 in the same period. Indebted households got considerably richer in spite of their greater debt load.

But this is not news to anyone who reads past the headlines. What may be more surprising is that most of the debt is “good” debt: Of the $1.3 trillion of debt owed by Canadians in 2012, an even trillion dollars (77 per cent) was mortgage debt.

Provided that the mortgages can be serviced, making mortgage payments is no different in principle than putting money into one’s RRSP. In both cases, an asset is being built that will prove useful in retirement. You might never tap the equity in your home, but it is good to know you can do so if need be; for instance, to fund long-term care at the end of your life or to downsize your residence in order to convert some of that home equity into extra retirement income.

There is also a less obvious reason why mortgage debt is good debt: paying down the mortgage suppresses personal consumption. It forces homeowners to adopt a more modest lifestyle than they otherwise would be inclined to pursue. If paying off the mortgage is a long-term proposition (which it is, for most people), the mortgagee gets used to spending less and, as a result, needs less income after retirement to maintain that same lifestyle. People with a reasonable amount of mortgage debt are ants, not grasshoppers.

Consider a simple example: A household with $100,000 in combined earnings that is paying $20,000 a year in income tax; $5,000 in various payroll taxes; $10,000 in child-raising expenses; $10,000 in retirement saving; and $15,000 toward the mortgage. If this family is living within its means and pays off the mortgage by retirement (and the kids have left home), the couple will need just $40,000 a year after retirement (net of income tax) to maintain their lifestyle. Without the mortgage, they would have needed $55,000.

A form of debt that is not quite as virtuous as mortgages but is not necessarily “bad” is debt that is used to finance some form of investment, such as an investment property or financial assets, such as stocks or bonds. Also in this category are student loans, which can be considered an investment in one’s career. Investment-related debt does not always lead to a positive outcome, but at least it is done with the best of intentions.

Descending one level further, we encounter a form of debt that can generally be considered “bad”: consumer debt. This consists of any debt that results from augmented consumption. Not only does consumer debt not build a usable asset, its other shortcoming is that it expands personal consumption in a way that may prove unsustainable later in life. A couple with ongoing consumer debt becomes accustomed to a higher level of spending during their working years than they will be able to afford after retirement. Notice this is the opposite of mortgage debt.

The ugliest form of consumer debt is the type that is financed by credit cards that one cannot consistently pay off each month. With annual credit card interest rates close to 20 per cent, it doesn’t take an ant to realize that this situation can only lead to grief.

With this categorization in mind, we can cast some of the household debt statistics in a new light.

Between 1999 and 2012, households led by someone aged 55 to 64 experienced an average increase in consumer debt of $17,900, but this was totally dwarfed by an average increase in assets of $344,500! Even if one ignores the portion of the increase in assets due to higher real estate values, average household assets still increased by $199,500 during this period. Older households fared even better. That is why we need to be cautious about funnelling more money into retirement savings. It is the younger households that need help as they are the ones struggling the most just to make ends meet.

As to whether mortgage debt can ever be “bad” debt, the answer is absolutely. A home equity line of credit, for instance, might look like plain vanilla mortgage debt but it is actually consumer debt in disguise. The interest charges may be lower, but that does not change the fact that the line of credit is being used to live a little beyond one’s means. Another risk with mortgage debt is that you might lose your job and be unable to make the mortgage payments. Or you might be tempted to buy more house than you should and take the largest mortgage possible with no cushion for a future rise in interest rates.

Finally, house prices may fall, a situation that is already a reality in Calgary and an ongoing concern in Vancouver and Toronto. Our troubles in life begin when we seek permanence; we should not assume that house prices will rise forever.

Even with these caveats, we should rest a little easier knowing that most Canadian household debt is mortgage debt rather than consumer debt. Ants and grasshoppers will both continue to accumulate debt over the course of their lives — the difference is that ants will gravitate toward the good variety.

Frederick Vettese is Chief Actuary of Morneau Shepell and the author of “The Essential Retirement Guide: A Contrarian’s Perspective,” published last year by Wiley