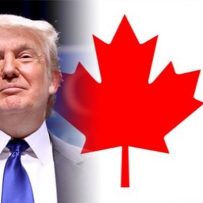 U.S. President Donald Trump’s first year in office consisted of many surprises, Twitter rants, executive orders –  and uncertainties that still linger heading into year two. Trade was a big focal point as tensions between NAFTA partners continued to mount. In the Bank of Canada’s latest rate decision, Governor Stephen Poloz pointed to uncertainty surrounding the trade deal as “the big cloud” hanging over its economic forecast. While NAFTA may be Canada’s biggest concern involving the U.S. heading into Trump’s second year, there are other issues experts say Canadians should keep an eye on.

Here’s a look at a few of them:

RESISTANCE TO  A ‘BUSINESS AS USUAL’ APPROACH

Trump’s actions have been difficult to predict and his approach with global leaders during negotiations on NAFTA or in dealing with threats from North Korea have been anything but conventional.

“An overarching feature of the Trump Administration is its aversion to the “business as usual” approach to global arrangements that heretofore were established norms,” Maryscott Greenwood, CEO of the Canadian American Business Council, told BNN in an email, pointing to NAFTA, the WTO, NATO and immigration as examples.

“The Trump Administration’s approach is to be disruptive, shake things up,” she said. “Canadians are reacting to the disruption or threatened disruption by practicing what I call ‘strategic patience’ when it comes to the U.S. Let’s hope their patience withstands the next round of NAFTA negotiations.”

Trump achieved his first major legislative success –  tax reform – in time for the one-year mark. The overhaul of the U.S. tax code, which will see corporate tax rates slashed to 21 per cent from 35 per cent,  is expected to have an impact on businesses north of the border.

“Canada has lost an edge it formerly had on corporate taxes,” CIBC’s Chief Economist Avery Shenfeld told BNN in an email. “It’s also imposing tougher environmental regulations and larger minimum wage hikes in some jurisdictions compared with what’s happening in the U.S. These policies have their own merits, but could they make it more challenging to attract new plants or expansions?”

“Canada’s federal and provincial fiscal situations all suggest a need to raise taxes, and the Trudeau government plans to ensure carbon taxation across the country starting in January 2019,” he wrote in an email. “Look for a new U.S. federal infrastructure spending initiative (competing for capital with Canada’s) and how Canadian investors react – they are likely to invest in the U.S. and create U.S. jobs, and not generate as much of either in Canada.

Sands also said Canadians should watch the de minimis rate – the amount that you can bring back across the border without paying duty or GST –  to become a sticking point.

Rona Ambrose, a member of the NAFTA advisory council, told BNN the tax reform agenda is something she worries about because “it’s all about competitiveness.”

This topic was particularly controversial among Canada’s tech community in Trump’s early days in office. The U.S. president issued a so-called travel ban last January, denying entry to citizens from the Muslim-majority countries of Iraq, Iran, Libya, Somalia, Sudan, Syria and Yemen for 90 days. This sparked a call to action from Canada’s tech executives for Ottawa to help affected workers.

Shenfeld says as the U.S. continues to crack down on immigration, it’s an issue where Canada “might be a winner” this year.

“As the U.S.  gets tougher on immigration, Canada becomes a country of choice for global talent that can’t get into the U.S.,” he said. “That’s actually been our history. The key waves of immigration to Canada often happened when the U.S. shut or narrowed its doors. The focus in the media has often been on refugees, but some of the economic successes we are reaping in Toronto, Waterloo, Vancouver and elsewhere are coming from our ability to bring in international students or educated skilled workers.”

TRADE ACTION (OUTSIDE OF NAFTA)

While NAFTA’s uncertain fate has Canada on edge, there are additional trade issues that could pop up throughout the year.

“Of course, NAFTA is the obvious one,” Shenfeld said. “But on trade, it’s not just NAFTA, but the growing list of cases where the U.S. is taking trade action against specific sectors (aircraft, lumber, groundwood paper, etc.). Canada has now fired back with a trade action at the WTO against the U.S. So whatever happens with NAFTA, there’s also a war of words and actions on the trade front in the year ahead.”

The softwood lumber and the Bombardier-Boeing dispute won’t be resolved under NAFTA  and Trudeau’s WTO challenge could backfire, said Sands.  The challenge “could lead to worsening trade relations” and “an escalating series of U.S. trade actions against Canada.”