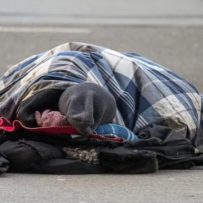 With people being unable to pay rent, many face the possibility of eviction.

One advocate at the Regina Anti-Poverty Ministry said that homelessness is a growing problem within the city.

“Given that we already have significant problems with evictions and homelessness, it may be that the worst is to come, and it could get much worse before it gets better,” said Peter Gilmer.

Gilmer said one of RAPM’s main concerns is the SIS program. The government announced the program in 2019, and it said it would be a way for people on assistance to become more self-sufficient.

The program involves tenants receiving a monthly cheque from the government to pay for their utilities, food and rent bills. Previously the cheque was sent directly to the landlord instead of the tenant.

The older plans — the Transitional Employment Allowance and Saskatchewan Assistance Program — were phased out by the government and everyone was required to be using SIS as of Aug. 31.

Gilmer said the new plan is inadequate and doesn’t meet people’s financial needs. He said it’s already led to a significant number of evictions with people being unable to gain and maintain stable housing.

Under SIS, a single adult can receive a shelter benefit of $575 a month.

Gilmer said the big problem with this benefit is that it’s not just for rent or for mortgage payments. People also have to use that money for their power, energy, basic phone and water. He says the amount the benefit gives to cover everything is not enough.

“It makes it just about impossible to meet your shelter needs on that,” he said.

According to Cameron Choquette, the CEO of the Saskatchewan Landlord Association, one of the major barriers that the association has been advocating to change is the direct payment to landlords and utility providers from the tenants.

“Clients without robust financial literacy training are being provided their income assistance directly to their bank account and are now in charge of paying their own rent,” he said.

He said this change has caused a significant spike in arrears (outstanding debt).

Choquette said the arrears have been piling up because of SIS not providing adequate tools for SIS clients to be able to pay their rent on time — for example, either teaching financial literacy or allowing clients the choice of having the government pay rent directly to their landlords.

He said because of the SIS program, it’s getting harder and harder for any landlord or rental housing provider to provide housing to low-income people in Saskatchewan.

“We’d really like to do that, but we need government support in providing this housing,” he said.

Homelessness continues to be a serious issue in Saskatoon

“This is by far the worst the situation has ever been,” said Jason Mercredi, the executive director of Prairie Harm Reduction.

Mercredi also says the biggest issue their organization is seeing with SIS is also with the change of rent not being paid directly to landlords.

He said if you give someone $740 a month, and you know their rent is $700, the person has to decide whether they eat or have a roof over their head, and so they aren’t being given much of a choice.

Mercredi said the number of people refusing to rent to people on income assistance in the city has increased because landlords don’t know if they will get paid every month, whereas previously the government would make the payment directly to them. Mercredi said this issue of homelessness goes back to the provincial government making bad decisions.

“You’d have to be walking around with your eyes closed to not see the increase in the amount of people that are homeless in the city,” he said.